If you’re gonna hurt, it might as well be with a Hurts Donut…

Wow…I couldn’t believe the selection of donuts in front of my eyes when I walked into Hurts Donut Co. in Iowa City.  I was in town to visit my daughter Kendra and she kept raving about how delicious the selection of donuts were, no matter what you tried.  We visited the bakery with friend Melissa and her two children, Larissa and CJ.  It was rather pleasing to watch the eyes of the little ones trying to decided what flavor they were going to devour.  I, of course, stayed with simplicity and ordered the “Homer” donut.  Named after Homer Simpson.  I only ate one but I could have eaten three, four, maybe five?  You can choose from Pink Lemonade, Cookie Monster, Cereal Killers, Smores…you name it I bet they have the flavor.  This has got to be a hopping place for children.  Although I might not want to be near the kids right after the sugar high.   Luckily I was leaving for home after our visit so I will leave Kendra and Melissa the pleasure of taming the wild. 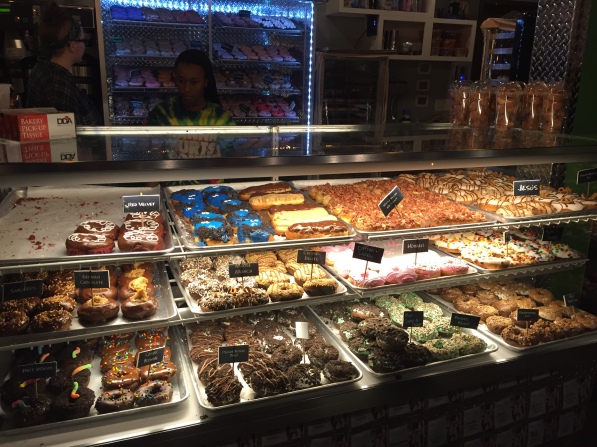 The atmosphere was as pleasurable with the feel of an old warehouse.  Decorated for Christmas, I just had to take a picture of their tree.  Donuts are the ornaments of choice.   The walls are ornate as well with large photos of old movie stars.  And if you buy a t-shirt, every time you wear it in the store you enjoy the benefits of BOGOF (by one get one free, in case you didn’t get that).  Maybe next time I’ll get the shirt but for now I’ll stick to just one. 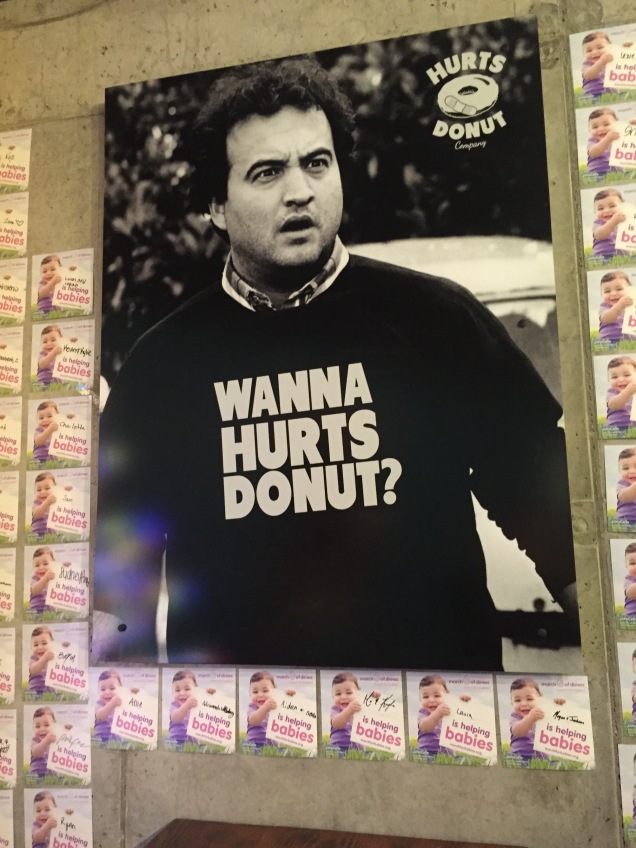 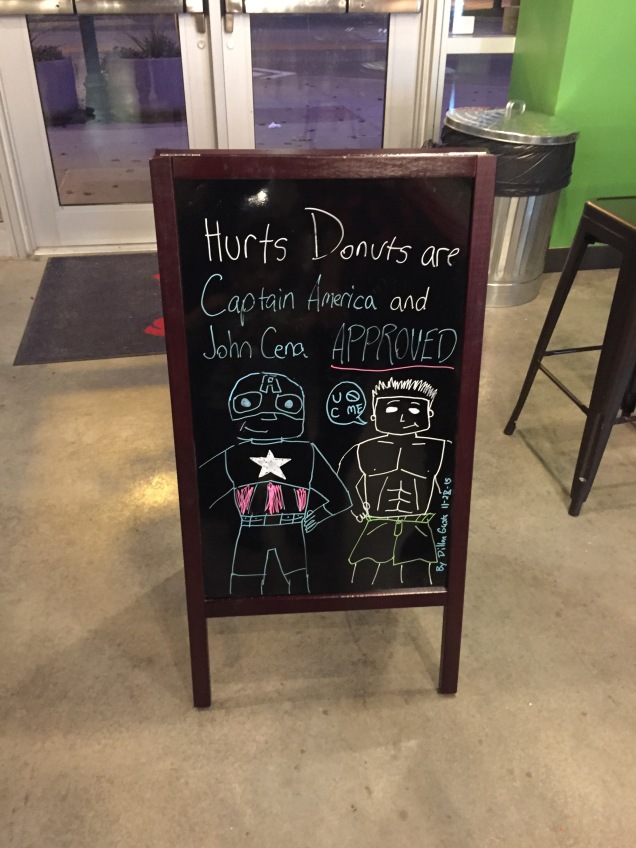 You can check out Hurts Donut Co on their Facebook site to get a bit of a taste of their menu and bakery.  And then when you just happened to be in Iowa City, say for an awesome Iowa Hawkeyes football game, it’s a must to stop to bring several home.

There is so much to do in Iowa City but spending the time with my daughter is the biggest adventure.  I can’t believe how much energy she has and she knows all the good place to go.  She also took me to eat Sushi at Formosa Sushi Bar in downtown Iowa City, part of the Formosa Hotel.   I was amazed at the tantalizing flavors available.  Check out their Facebook page also for menu offers.

I think I’ve mentioned what I really enjoyed on this adventure.  I will have more on Iowa City the next time I go.  Until next time!